But these are re-classified into two as Priority and Non – Priority according to the NFSA 2013 act. The classification is done based on the Social and Economic Status of the Household along with their Income in the society.

Not only new applicants but also existing Ration Cardholders should get to know about the Ration Card types and the benefits and services they avail. So that they can get all of their facilities to form the Ration Shops perfectly.

How to Apply for NPHH Ration Card

Here is the complete step by step process to apply for NPHH and the benefits of NPHH.

After the female member of the family gets to the age of Eighteen or above, then she will become the head of the household.

Note: The Head of Household is important as the Ration Cards are issued on their name and the benefits are also offered according to the Head.

The whole procedure should be done by the Head of the Household by enclosing with the required documents. If you want to go through the online procedure than go to the official website and perform the same procedure again. Click here – https://www.tnpds.gov.in/.

Below we cover the list of NPHH ration card benefits.

Actually the categories APL and BPL are the ones that are re-classified into the two categories like Priority and Non-Priority Ration cards.

The classification is done based on the fact that the Ration cardholders would be living in Bungalows, owned cars, had two gas cylinders, etc. 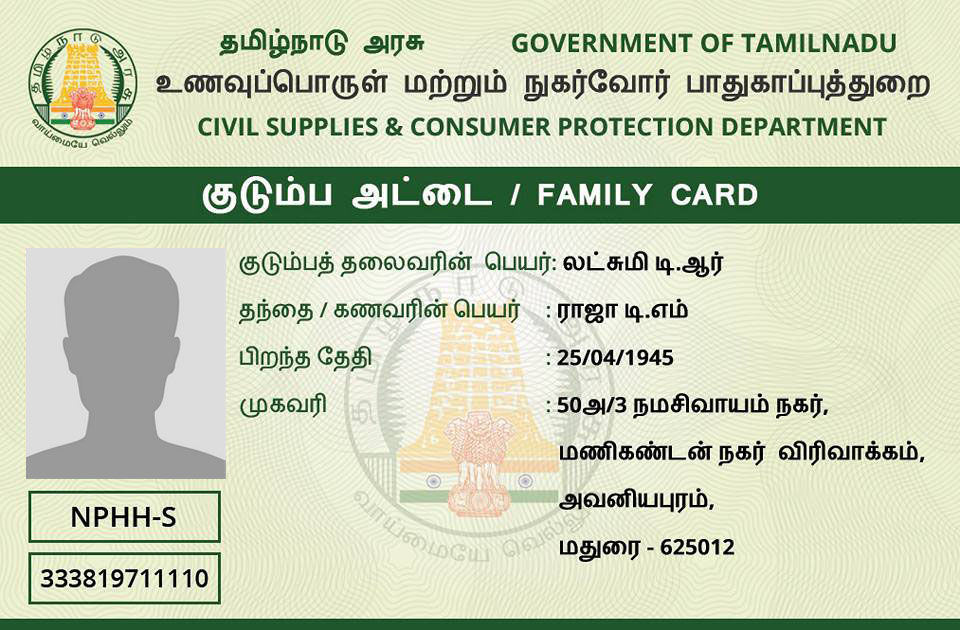 As we discussed above, the Non – Priority Ration Cards or NPHH Ratio Cards are also further divided into three types which are listed and explained below. Also, the benefits provided through those ration cards are also shared.

These Cards are issued by the Targeted Public Distribution System of their respective State Government.

Every service regarding the Ration cards is also introduced by the PDS itself. Knowing about this NFSA Selection criteria will really help the new applicant of the Ration Card.