As the name of the heading suggests, Rupee has been fond of avalanches lately, especially the crashing down part. But in all seriousness, the value of the USD just breached the 74 Rupee mark this afternoon. It has been a massive setback on the investors and the market alike.

There have been severe debates going on on this very topic from all the corners of the globe with varying perspectives, especially keeping demonetisation and a few other things in mind. However, the RBI was expected to alter the policy rate. Surprisingly, it has kept it unchanged. 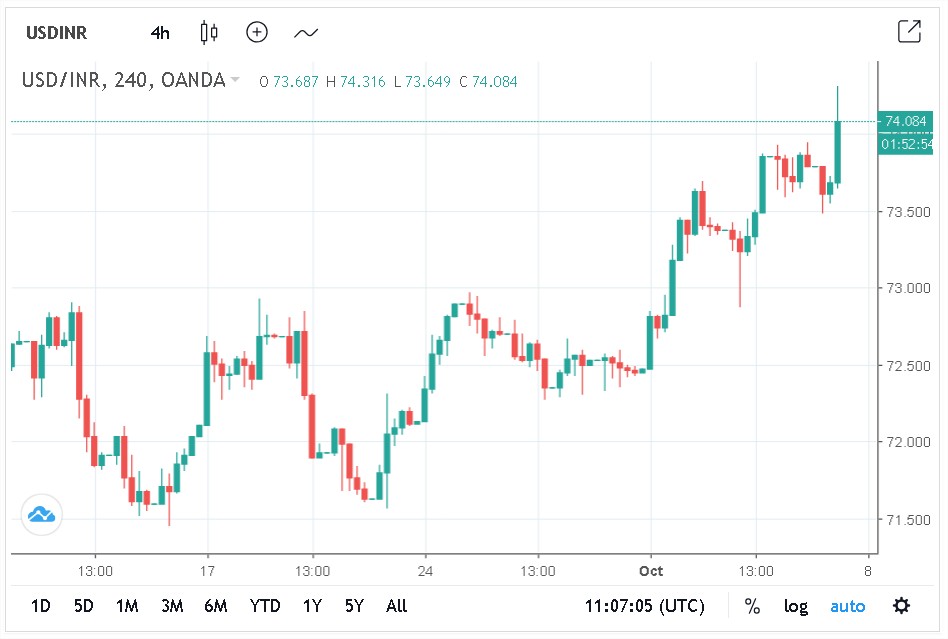 The repo rate currently is at 6.5%. There were expectations that there should have been a rate hike of 25 basis points. However, it didn’t happen and the value of the Rupee came flying down.

In simple words, the Repo rate is the rate at which the Reserve Bank of India, from the Indian perspective, furnishes money to commercial banks in the event of any inadequacy of funds.

Repo rate is used by monetary authorities to control inflation.

With this decision, the RBI has potentially decimated quite a investors and likewise. It was a slippery slope, to begin with. Now, we will have to wait and see what are the things that will build up over the course of time.

However, one thing is for certain that the value of the USD will cross the 75 Rupee mark very soon and might be seen giving Petrol a run for its money by the end of the year. It will certainly be a driving force for people who will be celebrating the New Year and the next year’s Elections with great circumspect.